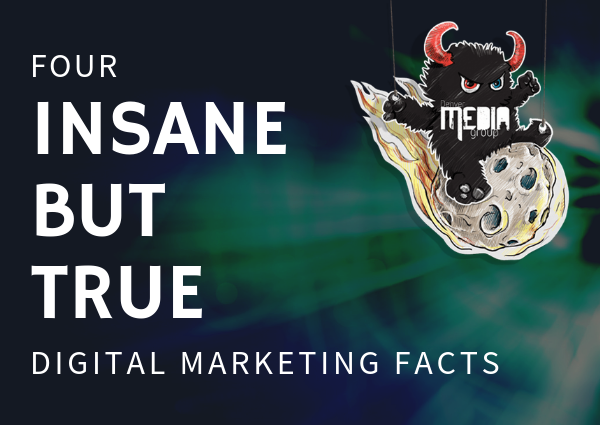 In Denver, digital marketing is thriving right along with the growing tech industry it hosts! It has been so fun being a part of an industry that is growing and evolving every single day. Not only is it a challenge that we happily accept, it makes our problem solving skills top notch.

What is digital marketing?

When it comes to working with local businesses in Denver, digital marketing is particularly fun for us. Maybe it’s because we’re partial to the mountains, privy to the craft beers, and swayed by the local entrepreneurship. But working with such amazing local businesses to help them thrive online is a true dream! We live through the success our clients gain!

Believe it or not, 1993 marked the year of the first ever clickable banner ad, purchased by AT&T. This was the first step into the digital marketing world! Don’t remember 1993? That’s the year queen Whitney Houston’s song “I Will Always Love You” became number-one on Billboard magazine's Hot 100 list.

2- SEO officially began in 1997 with a rock band manager.

That’s right. SEO became a thing before Google became a thing. Most exciting, however, is that the manager of Jefferson Starship (yes, the band) helped find the actual field of search engine optimization. Cue We Built this City.

Technology grew substantially in the early 90s, and in 1998, our “Father”, Google, was founded. It’s hard to believe that twenty-one years ago, in the time of Game Boys and Backstreet Boys, that Google would turn into the giant search engine master that it is!

No matter what your business is in Denver, digital marketing as an industry is thankful for Facebook! As most know, this social platform was founded by Mark Zuckerberg in his dorm room back in 2004.

What many might not know about Facebook, however, is that its original user-base was Harvard students only. That’s right. In 2004, your mom couldn’t be on Facebook (unless she was a student at Harvard, that is). It wasn’t until 2006 that Facebook opened up its membership to anyone over the age of 13. Once the user-base changed, it became a marketing mecca for businesses of all kinds.

In Denver, digital marketing is thriving and we love being a part of local success! If you’ve contemplated hiring a professional, we’d highly recommend it. Afterall, look at how far things have come in the last twenty five years! Hiring a professional keeps you ahead of the game as it changes.

We’re your go-to marketing agency in Denver! Let’s meet over old 90s hip hop and talk about a digital marketing strategy that can work for you!