Why we use hashtags

Why we use hashtags /images/uploads/blog/why-use-hashtags-denver-media-group.png Omaha Media Group 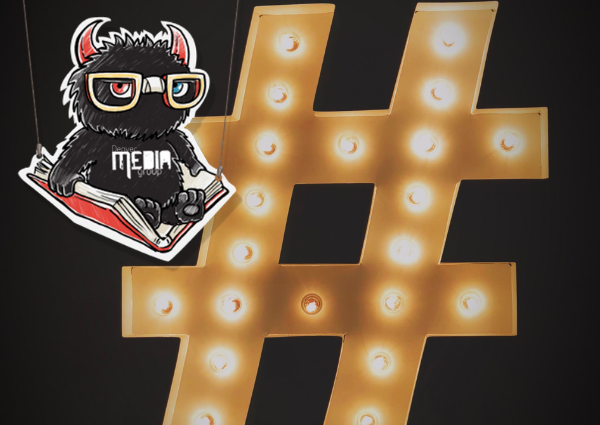 It’s not uncommon for us as social media experts in Denver to be asked “what are hashtags for”?

Many who don’t have much experience in social media marketing believe that hashtags are simply words you make up and place behind a pound sign. In fact, Jimmy Fallon and Justin Timberlake have played off of this often.

What is a hashtag?

In the literal sense, a hashtag is a strategic word placed after a pound sign. These strategic words, more or less, place a piece of content in a “folder”. A hashtag categorizes your photos, Twitter posts, etc.

Hashtags became popular in 2007 when designer Chris Messina introduced Twitter to the idea with the intent of grouping conversations together. The concept didn’t start to flourish until 2009.

Hashtags and Instagram have always gone hand-in-hand, but weren’t utilized on Facebook until 2013. Though the movement of hashtags on Facebook isn’t as prevalent compared to other platforms, they are still beneficial for your business.

Hashtags have completely changed social media over the course of the years. Though sometimes perceived as annoying and excessive, hashtags are a significant vehicle to spread content in the digital age.

Hashtags must be thoroughly researched to gain the best audience reach for your business. The right hashtags can make all the difference in your profile visibility. Without research, you risk “speaking to an empty room”.

While it might seem amusing or creative to create your own hashtags (not to be confused with branded hashtags), they might not be useful to your post or your social strategy. As social media experts, we make every post, every hashtag and every posting time intentional.

Not only do hashtags help categorize your content, they also aide in connecting your business with new customers. Through location-based hashtags, niche hashtags and a variety of broader-based hashtags, you can certainly increase your chances of being visible on social media.

By having the right formula of hashtags for your posts on each platform is a major part of your social media strategy. They require trial and error in combination with an extensive amount of research. However, when done correctly, your business has the opportunity to flourish.

Let us research your business and social strategy!