The biggest Google updates in 2019

https://www.omahamediagroup.com/images/uploads/monster_gallery/Omaha-Media-Group-Black.jpg
2020 January 07
by The Creative Monsters 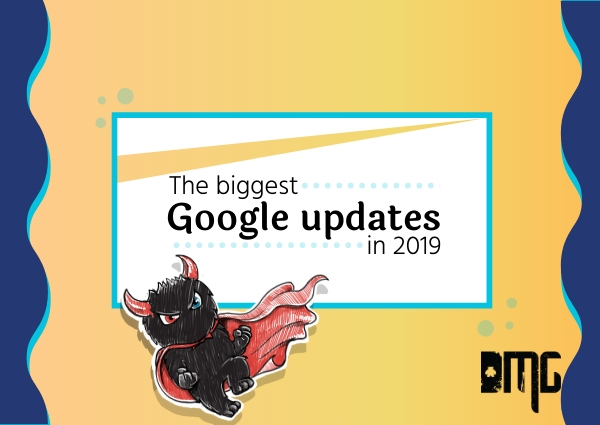 As another year and decade passed by, this meant another year of Google Updates. In 2019, there were three core updates and two cases of indexing bugs. Let’s just say, last year kept our experts on their toes.

Here are the biggest Google Updates 2019

All of March, SEMRush detected high activity in regards to Google Volatility.  Google is constantly changing with an estimated 63,000 new search queries per second. No website is immune to all of the new changes and positions that will be switched, and because of this, this is what Google Volatility is. The SEMrush Sensor helps to detect any small or large Google Updates in all industries across Google’s search engine.

When there is a high level of shown in SEMrush’s sensor over a period of time, this often indicates that a significant change from Google is going to occur or is already happening without being announced. With a month of what seemed non-stop leves of activity, the March 2019 Core Update was released. This update was called, “Florida 2” which updated patterns on desktops vs mobile and affected the following industries: auto and vehicles, health and pets and animals.

After this was released, Google released a significant update that affected ranking for quite some time.

All of April had high activity ranging from 5.2 to 9.0! This was a huge indication that something was going to be updated, changed or released! The issue was an indexing bug that was dropping and increasing rankings in a major way! Some rankings were significantly dropping while others were increasing by a considerable amount. From there, the bugs continued into the next month.

While April and May were not major Google Updates 2019, these bugs affected ranking for days at a time.  There were small increases in volatility; however, it was not until the end of the month that Google released there was another bug that was affecting new content to be indexed properly.

As Google stated, “A new change now launching in Google Search is designed to provide more site diversity in our results.” However, a company could rank for this keyword with organic and paid search engine strategies. From there, July had an update that affected adult content. We will skip over that one and head into August.

Again, Google had another indexing bug occur with Google not indexing new content on a website. The websites that were affected the most were some of the biggest newspapers such as; The Wall Street Journal, Fox News, CNN and others. While these large companies were affected, so were the small guys! It took about two days before Google was able to fix this one.

September was a big month for Google Updates 2019 and had our SEO experts on their toes. The first update was around Sept. 10, 2019 that dealt with a change in the nofollow link treatment. Nofollow links are coded to let search engines to now follow those specific links which are commonly known be to the following:

The one attribute of nofollow links was changing to now start counting these links and treating them as a directive which meant Google would start to  decide if this link would be ranked in SERP. This also helped to get rid of even more spammy links and nofollow links that were not following Google Guidelines.

The second update in Google reduced the amount of reviews that would appear with SERP results. Google released that it would start to crack down on websites that were only posting their reviews on their website of the company itself. This is because the company was controlling what reviews would be shown or not shown.

The final one in September was an announcement that a Google Core Update was going to happen! The September 2019 Core Update only lasted about two days with some high levels of volatility for the healthcare and finance industries taking the largest hit with the update. The main point behind the update? It affected content in those industries.

The biggest Core Algorithm Update to happen in 2019 was the BERT Update. BERT has been estimated to affect one in 10 search queries while adapting and learning natural language in search queries. BERT’s main goal is to help provide the best results with a search query. Often times, there are several results that are not exactly related to the search query due to the amount of new queries constantly appearing.

The effects of BERT have been noticed a bit with our SEOs. One of these effects is an increase in long-tail keywords with words between the keywords. An example would be, “seo specialists in Denver.” When it comes to keywords, often times, they do not sound natural, but with the release of BERT, these keywords started to appear more and more.

The final update released of Google Updates 2019 deals with local search. Companies might have noticed an increase or decrease in local ranking. This is due to providing a better understanding of prominence and search results to search queries.

Wow, there were so many major updates in 2019 and that did not include all of the smaller ones in between. How does an SEO expert keep up-to-date? There are a couple of tricks up our sleeves, but it can be overwhelming to work in an ever changing industry.